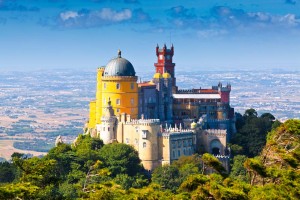 Nicknamed the Venice of Portugal, this gem is fast becoming one of the most popular regions for travel.

Situated on the shores of the mighty Atlantic Ocean, this seaport city is located not far from the city of Porto. Home to less than 75,000 inhabitants, this Venetian style port city is famous for its system of canals and is known for its high quality of life.  Home to a number of famous attractions, its most popular sites include of course its canals in addition to cathedrals, other historic sites and its stunning beaches.

Unlike many popular cities, Aveiro is a compact city which makes visiting its attractions simpler than in other larger and more expansive tourist cities. From Sao Domingo’s Church to the Aveiro Museum, take a closer look at three of its must sees.

Maritime Museum of Ilhavo – Located a few miles from Aveiro, this museum is a hidden gem and dates back to the 1930’s. Perfect for helping visitors better understand the area, it tells the story of the historic and rich maritime history. Organized into four exhibits, it also welcomes many temporary exhibit each year all telling stories about the role that the water played in this part of the world.

Barra Beach – Aveiro is home to many beaches however, of all those, Barra is one of the most popular. Barra or “bar” beach is known for its lighthouse. Perched high on a sand bar, the Barra Lighthouse or Farol de Barra stands over 200 feet tall and is the tallest lighthouse in Portugal and the 19th tallest in the world. Dating back to 1885, this popular attraction can be visited by arranging a tour however the surrounding area is open to the public year round.

Canals and Moliceiros – No visit to the “Venice of Portugal” would be complete without at least spending some time on the canals for which it is famous. Winding their way through the city center, they are lined with fishermen’s homes and brightly colored buildings. Tours are frequently offered both on and near the canals in the form of walking tours and of course, boat or moliceiros tours. Long narrow boats the moliceiros are a popular and historic boat common to the city.